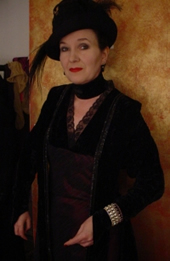 Fidelis as the mother from hell, Charlotte Peloux

On British TV Fidelis has appeared in Jeeves & Wooster, Mr Majeika, As Time Goes By, Big Women, Dead Gorgeous and various other series.

But her major achievement has been in the theatre.

She was on a list of seven best actresses of the year (with Maureen Lipman, Natalia Makarova, Julie Covington, Margaret Tyzack, Linda Bassett and Frances Barber) in The Observer for her work at Glasgow Citizens Theatre. 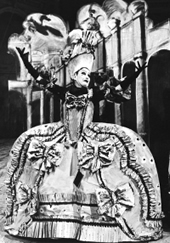 Her last film was A Little Chaos with Kate Winslet, and her latest TV appearance was as Agnes Carpenter in Goodbye To Love.