Fidelis directed Lennox Robertson’s Irish comedy about a troupe of Chekhovian actors visiting a quiet seaside town and creating havoc played to sell-out houses at the Finborough Theatre in the autumn of 2011.

“The tiny Finborough Theatre in Earls Court is well known for punching above its weight: Currently showing in the intimate upstairs space is a new production of ‘Drama at Inish’ by Lennox Robinson , brilliantly directed by Fidelis Morgan’  Time Out

Fidelis Morgan’s production is full of hustle and bustle as the cast of thirteen swirl around… it is all played with a jovial silliness that lifts the heart.  The Public Review 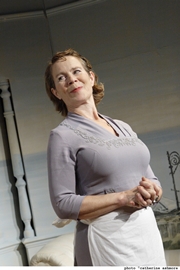 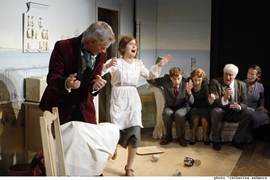 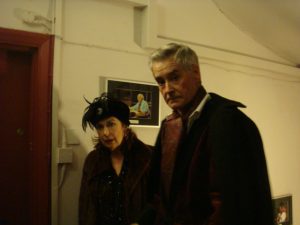 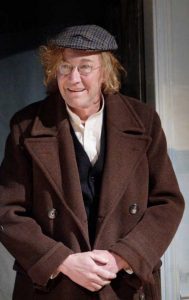 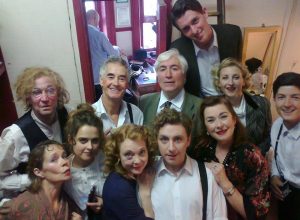 “Frantically directed, plus milking as much farce from the source as possible, it has a cast of thirteen top actors who are having great fun in this spit and polish production that has had an imaginative designer… allowing all the necessary speedy movement and broad acting for this intimate space. It has the added bonus of a fantastic cast.”  Blanche Marvin