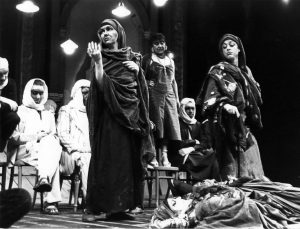 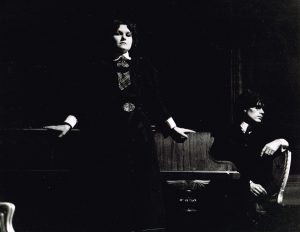 Fidelis played Andree, the female lover of the late Albertine, in this marathon production which played for 4 hours and yet was revived due to public demand and had a triumphant tour of Europe.

Fidelis was assistant director on Philip Prowse’s production of de Sade’s Philosophy in the Boudoir, both in Glasgow an on tour to Italy 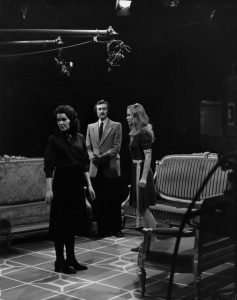 IN CAMERA Fidelis played Inez in a university TV production of Jean Paul Sartre’s In Camera with Jane Wymark and George Irving. It was filmed on VCR, and there is probably a Betamax tape of this production somewhere in the world!