Mr Majeika was a cult TV series in the 1980s.  The four adult leading roles were played by Stanley Baxter, Roland MacLeod, Eve Ferret and Fidelis.  The series only ended after strange scheduling and the financial collapse of the production company TVS.  Due to legal problems with the defunct company, sadly the show has never been repeated.

Fidelis as Bunty Bracegirdle with the great Stanley Baxter as Mr Majeika in the cult children’s TV series based on Humphrey Carpenter’s novels.

Some continuity pictures from the series: 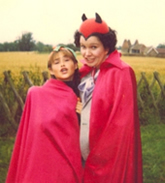 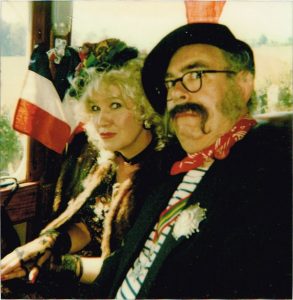 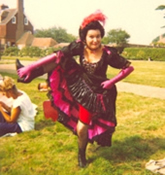