THE IMPRESARIO FROM SMYRNA Fidelis played the French opera diva Lucrezia in Robert David MacDonald’s production, both in Glasgow and on tour in Italy. 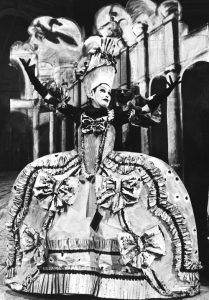 The costumes and wigs were made of cardboard and, once in them, the actors could not sit down till the show was over!  They also had a wide gap at the back and the actors wore nothing underneath, so when they turned they exposed their behinds to the audience.  Designed by Michael Levine 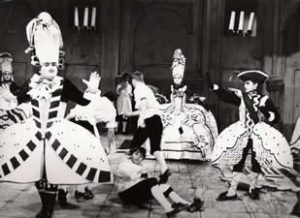 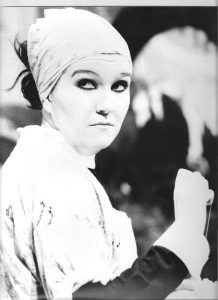 THE HOUSE OF BARNARDA ALBA

An excellent performance full of taut humiliated angularity The Independent

The spinsterish sister she wrongs is wonderfully played, with Fidelis Morgan’s stylish and painful blend of dignity and absurdity  The Times